Do you have money stacked away in a 401k retirement account? If so, do you think you'll have enough saved by the time you retire? Unfortunately, a large number of workers don't have enough saved up for retirement. It's very concerning and shows something deadly wrong about the current retirement system. But I beg to ask, why is a 401k a bad idea? I know that's taboo for me to ask, but it's something worth looking into these days.

Why do many workers not have enough money saved for retirement? Traditionally, 401ks are viewed as excellent retirement savings. Many employers offer them to their employees when they begin employment with them. But with more workers struggling with their finances, 401ks are becoming less relevant today. In this post, I will go over some numbers and a recent bill that passed in the US Congress late last year. Additionally, I will give my takeaways and what you can do about your situation. 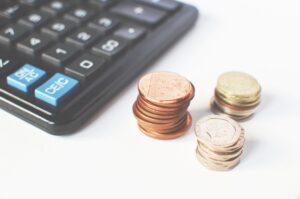 The SECURE Act (“Setting Every Community Up For Retirement Enhancements”) went into law this past new year's. I won't go into the nitty-gritty details, but it expands more options and some changes to the current retirement savings system. Of course, this legislation intends to help workers save more for retirement. As much as experts are saying the changes are significant, it looks like the changes are moderate and won't help workers in the long run.

Though reported that the SECURE Act addresses the challenges of retirement savings, that's not so. The legislation is nothing but micro-managing people's money. As in any case, the law passed for political purposes; in other words, politicians are demonstrating to their constituents that they're looking out in their best interests. I don't buy any of that nonsense.

In nearly the last 40 years, employers have given more retirement options for their workers. But during one period that 401ks expanded, many working-age households (average age 65) being financially unprepared had gone up. In 1983, the percentage of homes was at 31%; then, in 2010, it jumped to 53% of households that weren't financially prepared. It shows that employers don't have their employee's best interests at stake. Also, for those who work in the financial sector, they genuinely don't understand how other people should manage their wealth.

As mentioned earlier, 401k accounts are the norm for retirement savings. However, 401k savings are not for everybody, depending on their financial circumstances. Believe it or not, 401ks benefit those who are in powerful positions. The idea that people in government (or on wall street), are much better at how people should manage their money is behind imaginable. With all these problems, why should people trust others with so much influence and power over their money?

When I heard about the SECURE Act, I knew something didn't sound right about the legislation. If it's meant to reform the retirement savings system, I think of it as making the system worse. Every time I hear a politician talk about “comprehensive reform,” I know it's not good news. It always makes things worse for citizens in general.

But with 401k savings, this issue is something that the government shouldn't be responsible for. You can only look at the unsustainable, unfunded liabilities (i.e., social security, medicare) that politicians and bureaucrats are incompetent in fixing. That also doesn't mean that financial advisors on wall street are geniuses who know how to invest your money, particularly in retirement savings. We know there are always risks and miscalculations that'll happen, so anything is inevitable when it comes to investing.

Currently, I have a 401k savings account with my employer, though it was open by default. So not my choice, but a long story for another time. So I regularly contribute to the 401k, but I understand that I probably won't have enough saved for my “golden” years. If you consider inflation going up (the cost of living) in the years ahead, it won't add up in the long run.

I don't plan on staying with my current employer. When I do leave my job, I can leave the 401k sitting around, or I have transfer options. More likely, I likely will have it rollover to an IRA or ROTH IRA. If I do become successful in increasing my wealth, I'm not sure if I'll put money in or not. So that remains to be seen, but I know that a 401k won't benefit me in the long term.

If you have a 401k set up, maybe that's nice to have in the meantime. But keep in mind, if you're not saving enough, a 401k is not doing you any good. If you don't have a clear understanding of how a 401k works, it's best not to have one. You want to make sure you know how your money is invested, and weigh the pros and cons as well.

Also, keep in mind that you are the only one responsible for managing your wealth. How you make, those decisions are clearly up to you. Sure, you can get some advice and recommendations from others. But ultimately, you're responsible for facing the potential risks and rewards of your investment decisions.

In this day in age, the economy has drastically changed over the years. The global economy no longer functions from the perspectives of my parents' generation. That is the following: work for an employer, buy a house, contribute to a 401k, put money in a savings account, etc. Those ideas are not relevant and cost people more money and time today. The economy works much differently today than it did in the 1980s. Yet, people in government and wall street still act like that's not the case today. It's why I believe people will continue to make bad financial decisions until the current system falls apart.

Overall, I know that the SECURE Act will do nothing to make the current retirement system better. Particularly with 401ks, I believe they're not the best retirement savings because of how the economy operates today. So am I suggesting not to put any money in a 401k? Not necessarily, but if you're going to go in that direction, understand whether or not you'll have enough saved up when you get older.

I understand retirement savings can be a thorny issue. I'll admit that I was hesitant to write about this, but I knew it was critical to understand how retirement savings work. Things will have to change (for the better or worse) at some point in the not-too-distant future. That remains to be seen, but it doesn't look pretty in the years to come. Understanding the potential problems ahead can help you prepare for challenging economic times ahead.

What are your thoughts on retirement savings? Do you think the system is broken and will fall apart?