Ever since the housing bubble popped in 2008, housing has been a significant issue in the US. As each year goes by, the cost of living keeps going up for Americans. Unfortunately, this trend will only get worse. In recent years, California has faced a housing crisis of its own. The number of places to stay in California is limited if you’re on a strict budget. 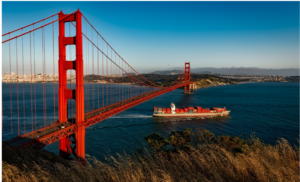 With housing as a top issue, cities such as San Francisco is one of the most expensive places to live in the country. The average cost of rent for a one-bedroom apartment in the city is $3500/month. According to one study, you would need to make, on average, $110,357 annually to live comfortably in San Francisco. The cost of living makes it unaffordable for an average middle-class worker to live in this city.

In recent years, there are marketplace solutions that have addressed the housing issue. As much as the government is responsible for intervening in the housing sector, there are other ways to resolve the issue. Co-living means shared living with other like-minded people. This concept isn’t new, but a viable solution to the housing issue. Startups such as Podshare and Starcity make it affordable places to stay in California. In this post, I will review these startups and discuss whether co-living will work in the long run.

Places to Stay in California: Podshare 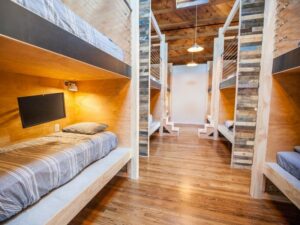 Podshare is a startup business that’s been around for several years. It’s co-living where people can share a kitchen, bathroom, and living space for a certain amount of time. It can be used as a temporary place to stay (one night) or wait for a couple of months if someone is making a transition. They have sites in several locations, including San Diego, San Francisco, Westwood, Hollywood, and Venice.

The average cost to stay in a pod is $50/ night, $280/week, or $1000/month at all locations. These costs are much lower than the average rent in California. Also, Podshare has a community-bond atmosphere where visitors can feel like they’re at home. Podshare has two comedy nights each month, along with other community events. Though it may not be a permanent solution to housing, it does provide a solution for those who are transitioning.

Places to stay in California: Starcity

Another known startup that provides short-term housing is Starcity. Similar to Podshare, Starcity offers accommodation to those who can’t afford traditional housing at the moment. They provide spacious living spaces, along with excellent amenities as well. In some places, all utilities are included with options for families to live in their facilities. It’s becoming more common for families to stay in shared living spaces. So Starcity has provided more opportunities for families looking for affordable housing.

Places to stay in California: Co-living a market solution to government problems?

The rise of co-living in the last decade is not surprising. Especially in the aftermath of the Great Recession, co-living has become a reasonable accommodation for people to have. Co-living has been an excellent market solution to a much bigger problem than the government initially created in recent years.

Is Co-living a temporary or long-term solution?

Though co-living is common in California, there are other places in the US where coliving exists. As a Chicagoan, there are some co-living options available around the city. Indeed, it’s becoming more apparent in metropolitan areas, where housing costs tend to be higher. It may have started as something temporary, but coliving these days is no longer a phenomenon.

The world has drastically changed in the last one-four decades. As Podshare emphasizes, services such as housing are about “access, not ownership.” We’ve seen this trend in subscriptions such as Netflix, Amazon, and Uber. Some parts of the world are turning away from the purchase of goods and services to more sharing options. If this trend continues to grow in housing, co-living may be the new norm in society.

My thoughts and takeaways 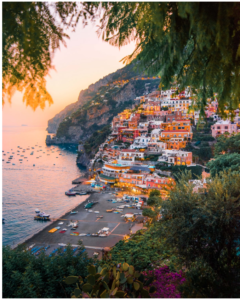 I was aware of the concept of co-living about a year or two ago. Until I found out about Podshare and Starcity, I didn’t realize how extraordinary the issue of housing had become. I think it’s a unique idea to solve a problem that the government can’t ever do. As someone who believes in free markets, a solution such as with co-living is a good response. When we seek answers in the marketplace, do it on a voluntary basis. This approach is much better than having fewer choices provided by the government.

There are myths about co-living compared to college dorm life. But it's not always the case. As people get older, they may not act the same way as a typical 18-year college student. In a way, co-living for some provides affordable housing choices. While for others, it’s something they take advantage of for a couple of years or so. It all depends on someone’s financial situation.

Overall, co-living is undoubtedly not a new phenomenon. But in recent years, it’s been an option for people in need of affordable housing. Co-living has its ups and downs, but its part of the changing world today. If it’s going to continue to move forward this way, mind as well get used to the changes.

What do you think of co-living? Do you like the idea of living with other people?