With the 2020 election cycle in full swing, some people are debating what kind of system America should have. Similar to four years ago, Bernie Sanders is on fire right now in the Democratic primary. While America may be moving to the left, there are other countries to consider. For example, is Finland a socialist country? Many people get confused with Finland and other countries that follow the Nordic Model. This model is also referred to as the Scandinavian system these days.

Is Finland a socialist country?

Sanna Marin, the reasonably new prime minister of Finland, said that her country could provide the “American dream” to their citizens because of their significant public services. Also, she believed that Nordic countries do a much better job of delivering public services than the US. Based on her recent comments, it sounded like she favors Sanders’ political philosophy. It’s important to understand that the current Nordic model is not the same as a socialist system. This factor is one reason people get confused with Sanders being a full-blown socialist.

Is Finland a socialist country?

Though I don’t believe in socialism or a welfare state, the Nordic model is a starting place to see if it’s a socialist system. In this post, I will go over the following points:

1.) What is the Nordic model

2.) Differences between the US and Finland

4.) Is it viable in the long term? My thoughts

Is Finland a socialist country: What is the Nordic model? 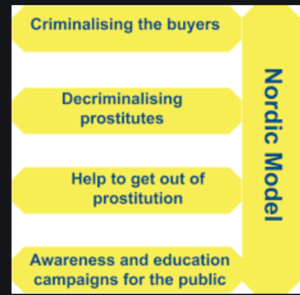 The Nordic model is a system comprising the free market and social benefits provided by governments. It’s another way to describe social democracy, where there is a breed mix of capitalism and socialism. Some services are provided by governments, such as law enforcement, health care, and education. It handles other services in the private sector. Remember that when the government offers any service, it’s always funded via taxpayers or through central banks (i.e., the Federal Reserve) printing money to pay for such services. The countries that are part of the Nordic model include Finland, Denmark, Sweden, and Norway.

Is Finland a socialist country: The Nordic model

When discussing the Nordic model, people misunderstand that it's like communism. Governments in this system don’t have total control of the means of production and private ownership. Sure, they control some parts of the economy while having higher taxes for citizens to pay for such services. But it’s not the false misconceptions that governments have taken over everything. That’s where the confusion comes in with the US following a similar model.

Is Finland a socialist country: The US & Finland- Similarities

Both countries are similar in their respective systems. Like Finland, the US provides K-12 public education funded via tax dollars, and they give vouchers for those who have children. School choice (public, private, or charter) is offered in both countries. Law enforcement is another area where the US and Finland government fund those services; for example, the National Guard (US) and the Finnish Defence Forces. 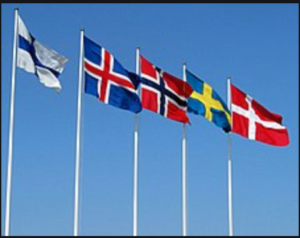 Is Finland a socialist country: Differences between the US and Finland

Finland provides more social services than the US. They offer publicly funded health care, some higher education, and broader social welfare programs. Finland has higher taxes that its citizens pay for their welfare state to succeed.

The US has more in line with corporatism and crony capitalism. There are cases where corporations and the US government work together to benefit each other. When that happens, it limits competition with other businesses. This issue has gotten worse in recent years and breaks down the myth of America as a free-market, capitalist paradise (which it is not).

Is Finland a socialist country: The current debate in 2020

Many people are confused about the Nordic countries being socialist paradises. When, in fact, these countries run in line as social democracies. As mentioned earlier, countries such as Finland have a mix of capitalism and socialism. Maybe the US and the Nordic countries have similarities people wouldn’t consider.

Is Finland a socialist country: I’m not too fond of these systems 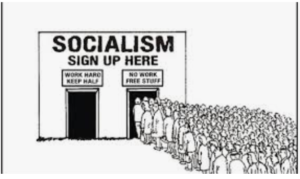 As the 2020 election cycle progresses, time will tell whether Senator Sanders will win the nomination for the democratic party. Who knows, he may well be the next POTUS. Either way, I’m not a fan of the Nordic model because it involves higher taxes and less freedom. In a system such as this one, I still consider taxation is still theft. Your hard-earned money is being taken away towards things that are deemed wasteful spending. Sure, it’s for essential services like health care and education; however, you can’t be sure where your tax dollars go to behind the scenes.

As an American, I don’t like the crony-capitalism-corporatism model. It’s not ethical and breaks some basic natural laws of economics. I can tell that it benefits those on Wall Street and the government, rather than ordinary Americans trying to get by. If things get worse in America soon, the last thing that needs to happen is to move toward a socialist-communist type system.

I may not be an expert on the Nordic model, but I know that it’s not the best one to use. Whether it’s the Nordic Countries or the US, neither system allows you to live your life freely. If you're someone who's struggling to get by financially, keep in mind that you can’t rely on the government to help you out. Maybe for a short period, but at some point, they won’t. The welfare systems around the world may well collapse someday, and that will leave you with limited choices.

So is Finland a socialist country? No, but they’re not the freest country in the world. They don’t respect the individual and property rights, similar to what the US has become today. If someone like Sanders becomes POTUS, time will tell whether the trends will get worse in America.

What do you think about the Nordic Countries? Do you think it’s the same as the US, or you disagree with my thoughts?